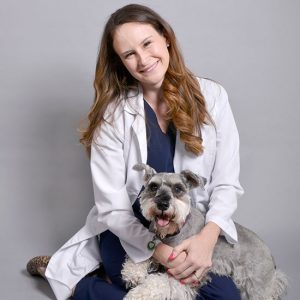 Melissa Vogeler, DVM
Dr. Melissa Vogeler received her Bachelor of Science degree from North Carolina State University (Go Wolfpack!) and her Doctor of Veterinary Medicine degree from Texas A&M University. She purchased Bluebonnet Animal Hospital, formerly South Lamar Animal Hospital, in the Fall of 2012. Her professional interests include dentistry, dermatology, and preventative medicine. Outside of work, she enjoys spending time with her husband and 3 kids! 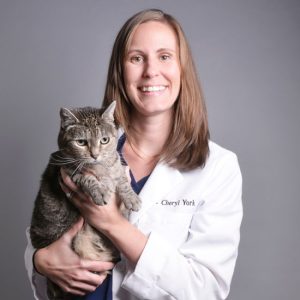 Cheryl York, DVM
Dr. Cheryl York received her Bachelor of Science degree from Texas Tech University in 2009, then went on to graduate from the Texas A&M College of Veterinary Medicine in 2014. She practiced in Southern California for several years prior to her recent move back to Texas to settle down and establish roots in Austin. She finds great joy in advocating for her patients to allow them to live long, healthy, and comfortable lives. Her professional interests include dermatology, cardiology, ophthalmology, diagnostic imaging, and organized veterinary medicine. Outside of work, she enjoys scuba diving, running, hiking, and her close friends and family. She loves spending quality time with her husband, daughter, and 2 cats – Jasmine and Zazu. 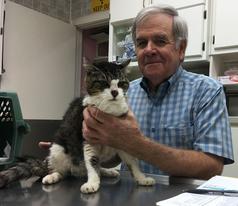 Henry Meyer, DVM
E. Henry Meyer, Jr., DVM is a 1967 graduate of the Texas A & M Veterinary College. After practicing in clinics in Maryland and North Texas, Dr. Meyer eventually settled into South Austin in 1974 and has been in continuous private practice as Riverside Veterinary Clinic since that time.

His general dog and cat practice evolved during an exciting time in the 1970s and 1980s as specific areas of feline and canine medicine and surgery developed at the university level. Continuing education courses became easily accessible for all practicing veterinarians. That combined with the advent of low risk anesthetics and in house diagnostic capabilities, allowed him to maintain an enthusiasm to this day for pursuing his preferred calling in dog and cat medicine. 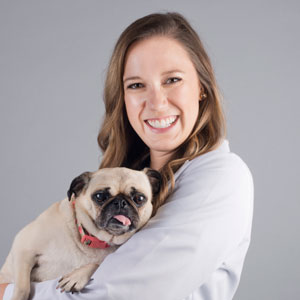 Kelly Oberschelp, DVM
Dr. Kelly Oberschelp received her Bachelor’s in Biology at the University of Texas at Austin in 2010. She went on to Texas A&M to receive her Doctor of Veterinary Medicine degree then spent 5 years practicing at a small animal practice in Dallas, TX. She was excited to return home to Austin in 2019 to set up roots. Her professional interests include surgery, dentistry, ultrasound, cardiology, and preventative medicine. Dr. Oberschelp has a goofy rescue pug and kitty who are best buddies. Outside of work, she loves traveling, hiking, and trying new restaurants! 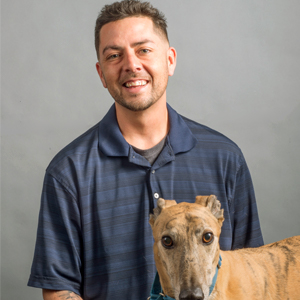 Francisco
Meet our Office Manager Francisco! Francisco (Frankie) has been with Bluebonnet since it opened 8 years ago. He has 3 cats Duncan, Khaleesi, and Reyna and is originally from Santa Fe, NM. He enjoys all of what Central Texas has to offer but fishing is his number one hobby.If you’ve been to our clinic for any amount of time you’ve likely been met at the front with one of his smiles! Fun fact: He designed and created some of the awesome artwork in the lobby and exam rooms. Check it out! 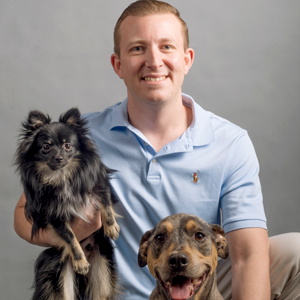 Neil Leinen grew up in San Antonio, TX, where his passion for animals began.  His career in Veterinary Medicine began in 2003, gaining experience in all positions in the veterinary hospital, both clinical and emergency.  He studied biology at the University of Texas at San Antonio and graduated in 2008. After moving to Austin in 2013, he joined the team at Bluebonnet Animal Hospital, providing leadership in veterinary care to the South Austin area, and has expanded to the east Austin area at Bluebonnet Riverside Veterinary Clinic in 2018.  In 2020, he achieved his Certified Veterinary Practice Manager (CVPM) certification that recognizes the knowledge obtained from years of practice management, knowledge of human resources, adhering to a strict code of ethics.

He has one handsome dog and two sweet cats and enjoys hiking, camping, and serving the Austin area. 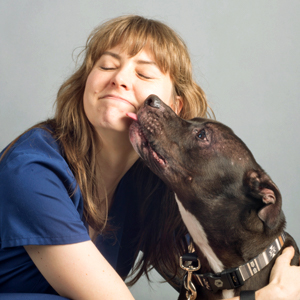 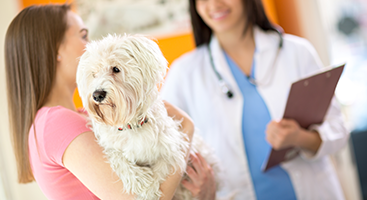 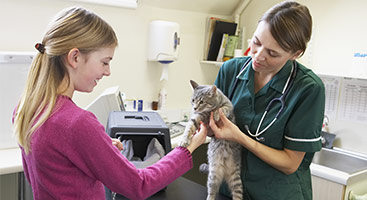 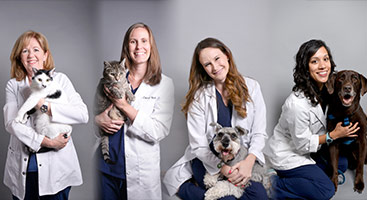